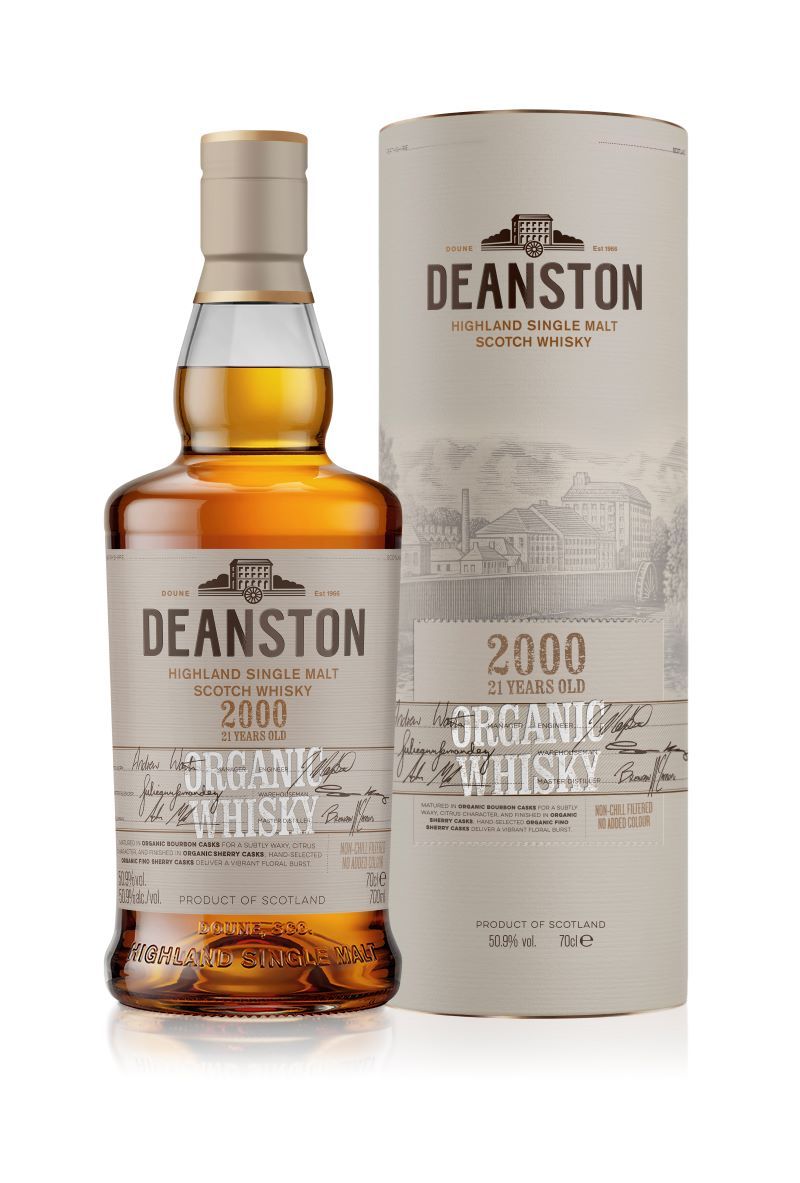 This is a very interesting small batch release from the Deanston Distillery holding a Full Organic Certification.
Certified Organic from start to finish, by the Organic Food Federation, Deanston only use organic barley with no pesticides or fertilisers, malted organically and batch production to ensure no carryover.

This is Limited Edition whisky is non-chillfiltered and natural colour with only 2,784 bottles produced.

Finish: Candied fruit with a shake of cinnamon and chocolate creaminess
Read more