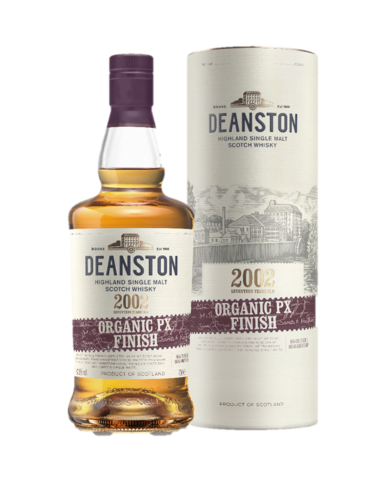 This is a very interesting and recent release  Limited Edition from Deanston Distillery.

Only the 3rd Organic whisky ever launched by Deanston and the 2nd Organic Limited Edition.

This single malt represents 17 years well spent, made with organically sourced barley, the first 14 of which were spent in whisky refill casks. During the finishing, it developed a delicious sweetness, with notes of caramel, maple syrup and sherry soaked raisins.

Distilled and filled into whisky re-fiill casks on 18th December 2002.

Transferred into Organic PX Casks 5th of May 2016

Un-chillfiltered and bottled at a strength of 49.3% abv.