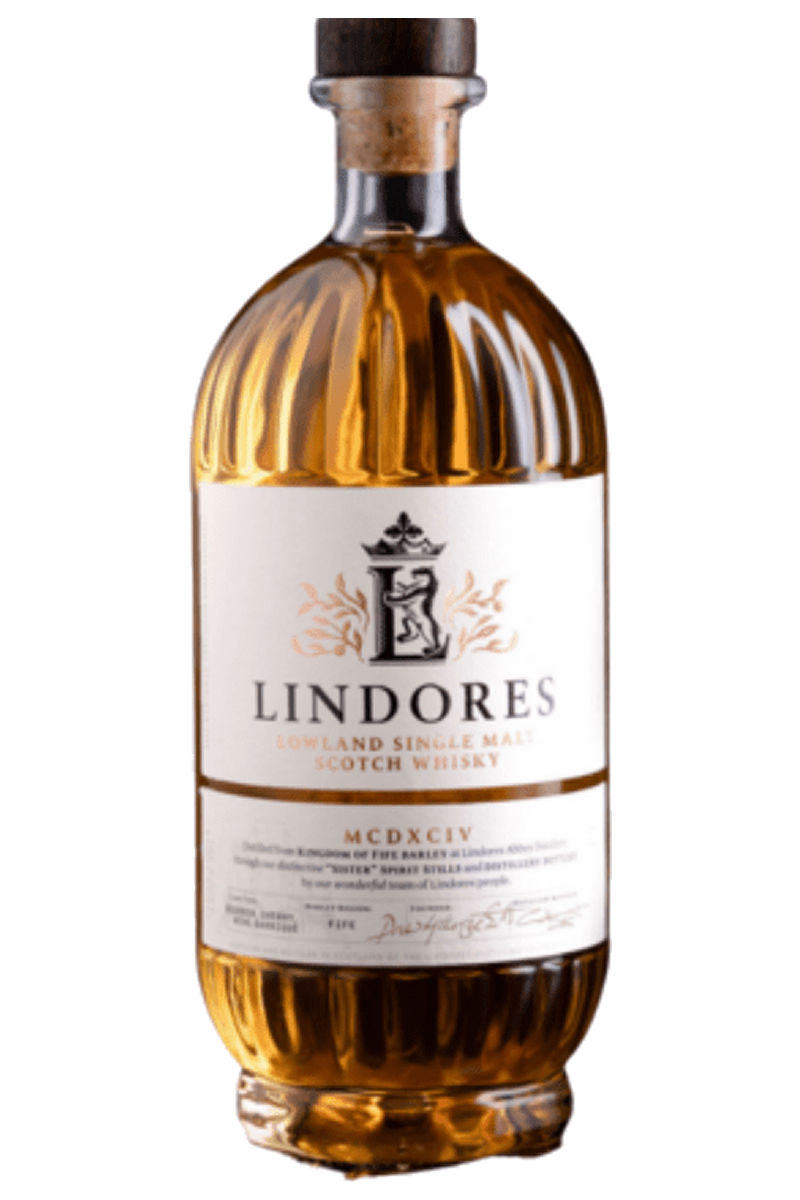 Lindores Lowland Single Malt Scotch Whisky MCDXCIV is Lindores Abbey Distillery first single malt Scotch whisky that will be available for all the public to enjoy. It represents the character of Lindores single malt whisky with an interesting and unique profile.

The launch of Lindores Lowland Single Malt Scotch Whisky reconfirms Lindores as a place of real significance in the History of The Scotch Whisky Industry.
As the officially recognised site of the first recorded distillation of Scotch Whisky in 1494,which appears in the Exchequer Roll of the same year, Lindores is again taking its place in history with its, now commercially available, Single Malt Scotch Whisky.
Over 500 years after Brother John Cor, a Lindores monk, was commissioned by King James IV to turn 8 bolls of malt into Aqua Vitae. Lindores are delighted to re-open the history book and invite you to be part of it and help preserve the Abbey for the next 500 years.

Although Lindores Abbey has been in the McKenzie Smith family ownership for over 100 years it was 2001 when two unrelated incidents planted the germ of an idea in the mind of a young Drew McKenzie Smith, who was working as a chef nearby.
Whilst learning of the Abbey’s history in distillation for the first time from a website“Connoisseur Scotland” Drew was also shown a book by his Father, written by the late Michael Jackson “Scotland and its whiskies”.
In particular, the words written on p127, “For the whisky lover it is a pilgrimage”, leapt off the page!
15 years of commitment, patient planning, industry engagement and no small amount of encouragement only served to further drive Drew and his wife Helen’s passion for the re-creation of a distillery at Lindores.
2016 saw building on the new distillery commence once the necessary investment had been secured.
2017 saw the first distillation and now in 2021 the patience and passion are rewarded.

“A Single Malt which can mature early yet with great potential to age is our aim at Lindores”
Gary Haggart Distillery Manager
One of the longest wash fermentation periods in the Scotch Whisky Industry coupled with an unusual sister spirit stills set up helps achieve the Distillery Manager’s goal of producing a malt of remarkable character for its age.
The Sister Spirit Stills “Poppy” & “Gee”, named after Drew and Helens’ two daughters, help enhance and refine, through additional copper contact in the spirit distillation phase, the wonderful flavours captured in the long fermentation period.
The resultant, award winning, new make spirit is further enhanced by maturation in a selection of Bourbon Barrels, Wine Barriques and Sherry Butts.

Palate: Smooth with a creamy texture and a perfect balance of mellow vanilla, dried fruits, citrus touches with a hint of spicy notes and a pleasant lingering finish.