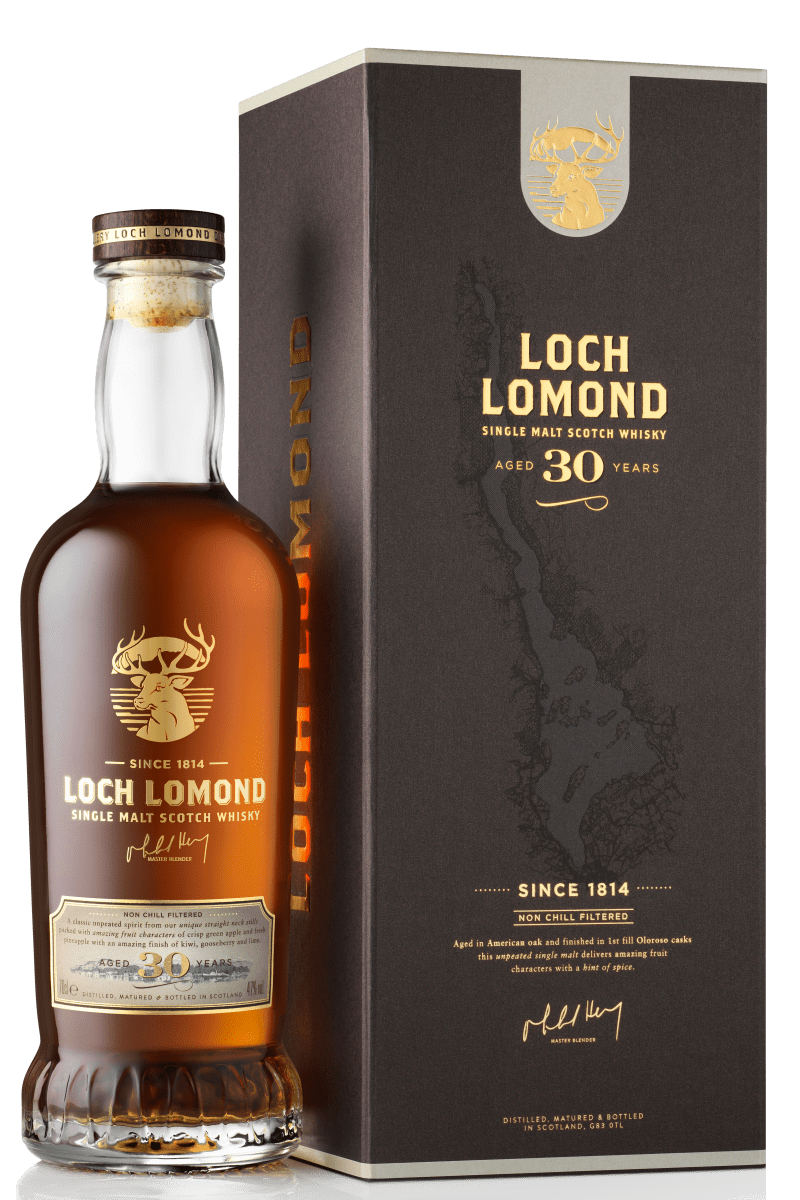 Loch Lomond 30 Year Old Single Malt has been matured in America oak casks with half being finished in 1st fill Oloroso casks before being married together under the watchful eye of Michael Henry, Master Blender.

This single malt of exceptional character has a nose of honey, peach and melon with a touch of vanilla and cinnamon spice offering great flavour notes for the malt consumer.

Since 1814 the Loch Lomond Distillery has been producing the finest single malt whisky. Situated on the banks of Loch Lomond it takes its name from this most picturesque and famous of all Scotland’s lochs - often referred to as one of the world’s natural wonders.