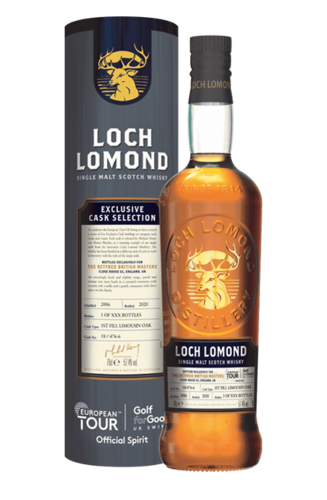 To celebrate being the Official Spirit of the European Tour UK Swing Events across the country - Loch Lomond Distillery have launched 5 exclusive cask bottlings to coincide with each venue. Each one of these casks has been carefully selected by Master Blender, Michael Henry.

All bottled in 2006 and originally matured in American oak.

Bottled exclusively for the The Betfred British Masters at Close House.

Palate: A caramel sweetness with creamy oak vanilla and a gentle cinnamon and clove spice at the end