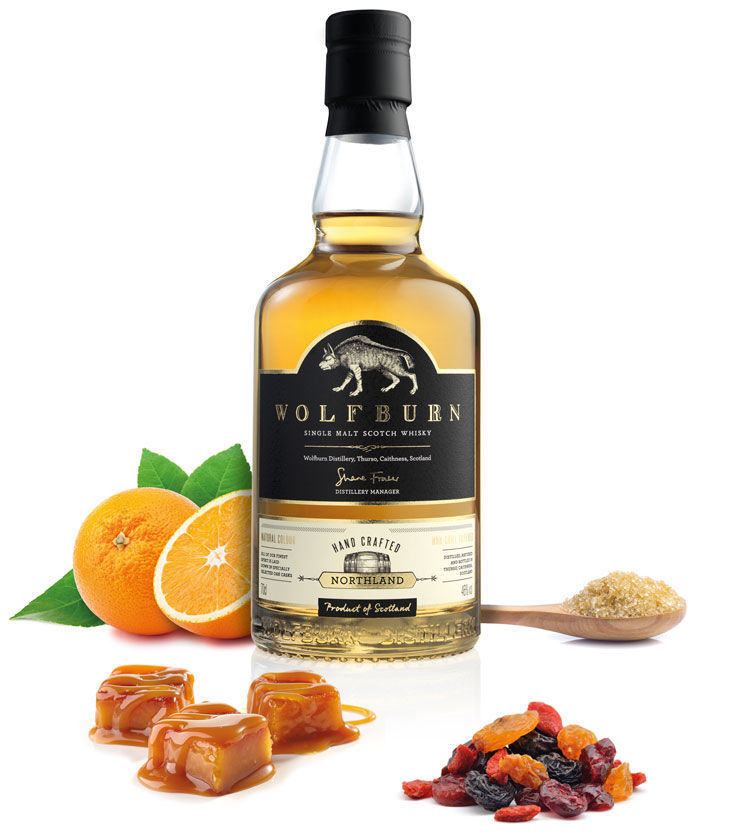 Wolfburn Distillery is situated in Thurso making it Scotland's most northerly mainland distillery.

In 1821 William Smith founded a distillery on the outskirts of Thurso and named it Wolfburn after the watercourse it drew from, “burn” being the Scots word for stream or small river.
The original distillery ceased production in or around the 1850's.
The new Wolfburn distillery building sits just a short walk along the burn from the old site towards the sea and will produce roughly the same volume as when William Smith was at the helm all those years ago.

The smooth and warming flavours present in Northland come from the unhurried way in which the spirit is made, and from the maturation, which takes place in American oak quarter casks.

Nose – Initially sweet with notes of fruit and fresh sea air. In the background you’ll find citrus freshness and hints of cereal, and just a trace of peat smoke.

Palate – Sweet, nutty tones come to the fore, with hints of grapes and honey in the background. Floral flavours abound, enhanced with just a hint of dried fruit and spice.

Finish – Soft sweet tones fade gradually away, overlaid with a just a trace of gentle peat smoke at the very end.