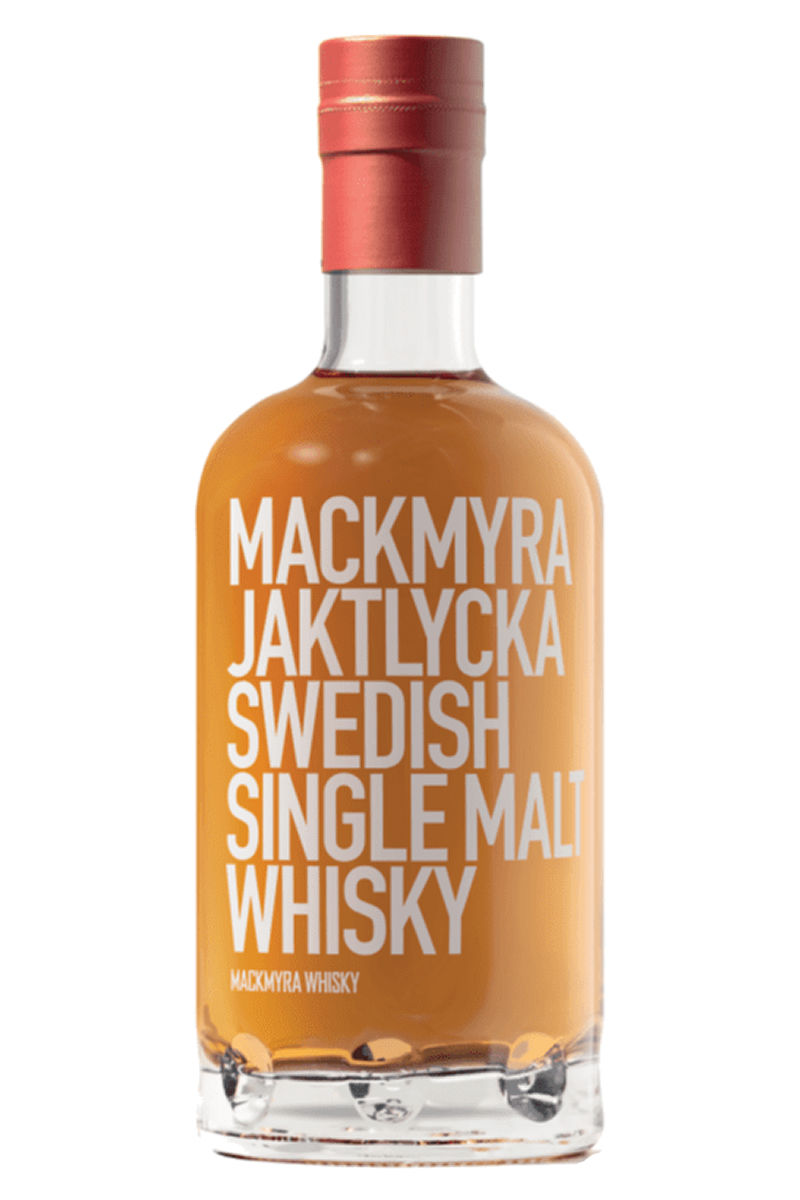 Mackmyra Jaktlycka (Happy hunting) is a Swedish single malt whisky that celebrates autumn and the treasures to be found in the ancient Swedish woods.

An engaging trail of blueberries and lingonberries is revealed as the whisky was predominantly matured in casks that previously held Swedish berry wine from the craft producer, Grythyttan. The essence of the whisky is an elegant recipe, aged in casks of Swedish and American oak, combined with a handful of smoky recipe casks for an inviting depth.

The result is an expressive whisky with a smooth creamy texture that branches out in notes of dried fruit, berries, spiciness, raisin and vanilla – A saga told in flavour.

Palate: Soft fruity and spicy with berries and dried fruit. Pear, raisins, ginger and vanilla. The texture is creamy and medium-bodied.