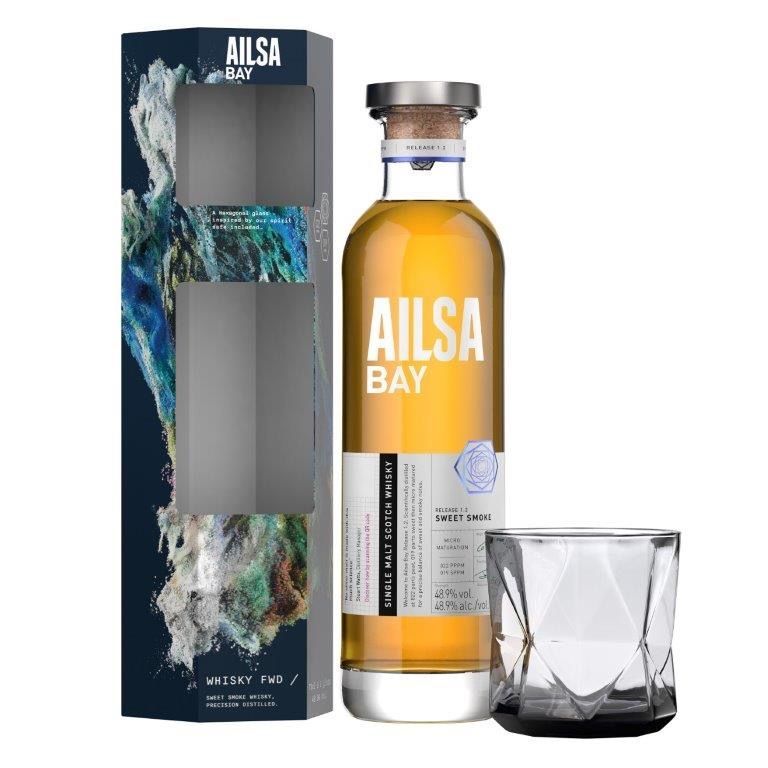 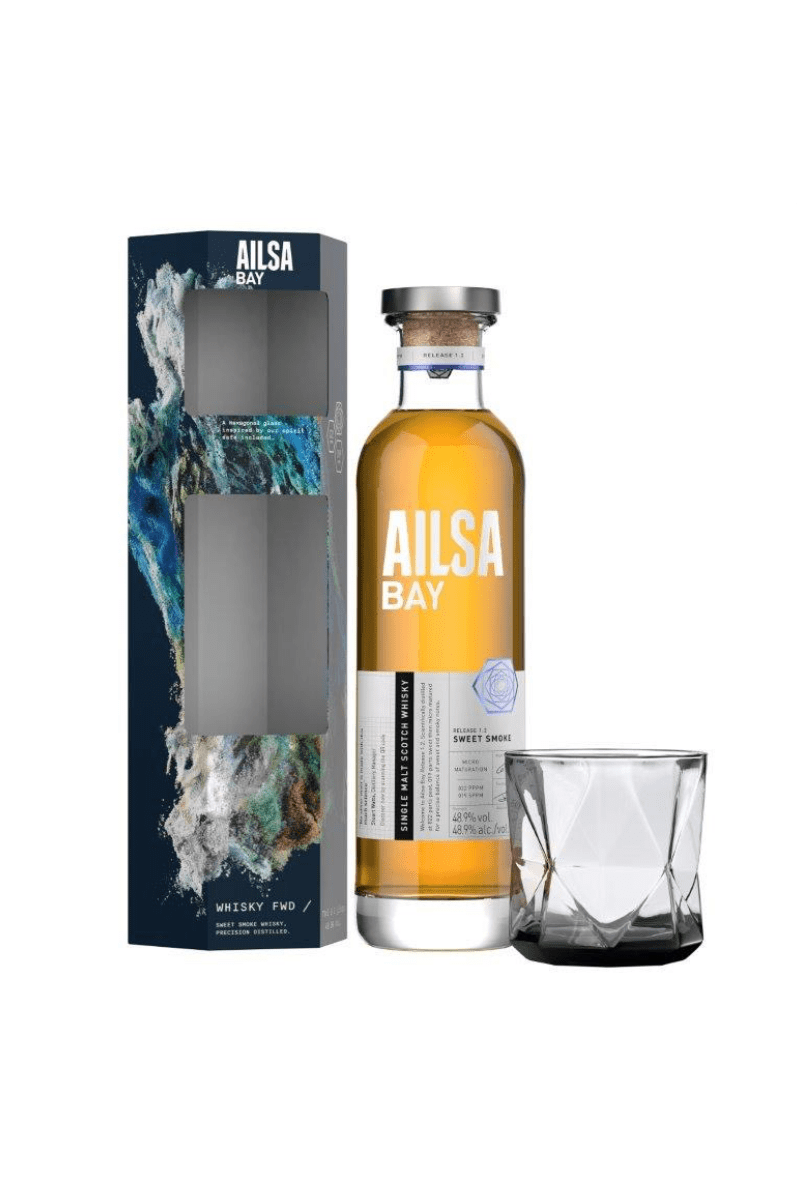 Presented in an attractive gift pack with a gorgeous glass.

Constructed in 2007 and located within the Girvan Grain Whisky Complex on the former site of the Ladyburn Distillery. Ailsa Bay is on the Clyde coast looking out towards Ailsa Craig famous for the quarrying of stone used for Curling Stone production many years ago.

Ailsa Bay Release 1.2 has been scientifically distilled at 022 parts “peat” and 019 parts “sweet”, then micro matured to a precise balance of oaky sweetness and smoky notes, this award winning new age single malt pushes the boundaries of flavour.

Ailsa bay is also the only scotch whisky to undergo a process called ‘micro maturation’. The distillery’s new make spirit is first filled into Hudson Bay Bourbon casks that are between 25-100 litres in size, for six to nine months. The relatively small casks – traditional American oak barrels can contain up to 200 litres of spirit – enables intense rapid maturation. The liquid is then transferred into virgin, first-fill and refill American oak casks for several years. the process is the first of its kind within the scotch whisky industry.

Finish: An intriguing balance of oaky sweetness and peaty dryness.