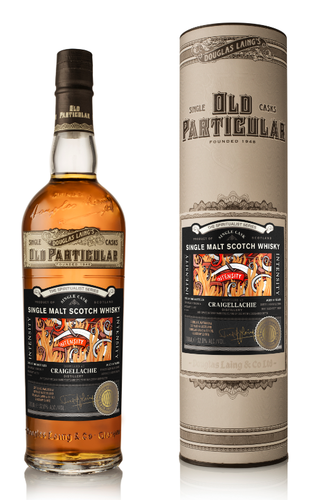 Only 309 bottles available from a single cask.

The Spiritualist Series has taken inspiration from the “mindfulness” phenomenon and encourages Whisky enthusiasts to take some time out from the bustle of their daily lives and enjoy a moment of harmonious calm. Having launched the Series with “Balance”, an Islay Single Cask Single Malt, this second release, “Harmony”,was described as “an uplifting Single Cask Single Grain” with a “vanilla’d oak style” coupled with “sweet hard candy, warming allspice and rich cocoa”.

The third release was distilled at Craigellachie Distillery and aged for 14 years, this exceptional single cask is bursting with sherry cask heritage.