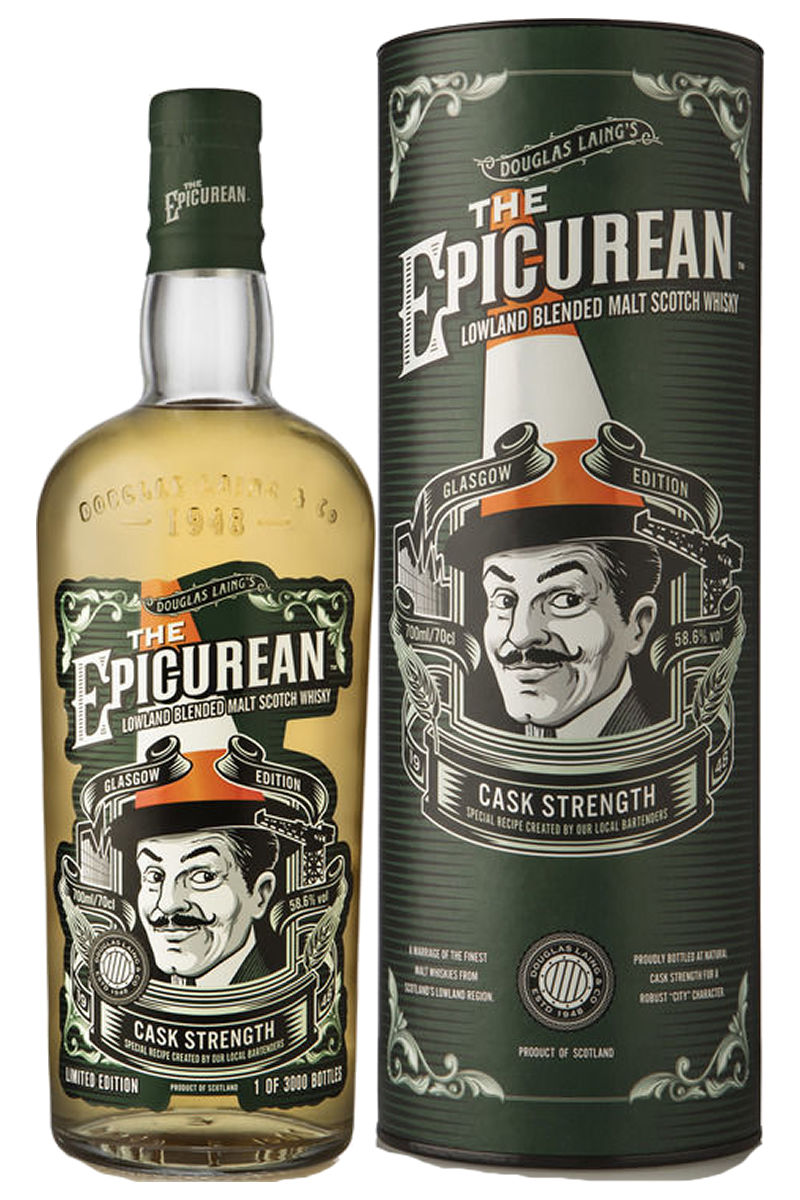 This latest offering from our friends in Glasgow is a cracking blended malt with a heart of the Lowlands.

Douglas Laing’s The Epicurean Lowland Malt Scotch Whisky tells the story of a 1930s Glasgow man, a real cheeky chappy who was ever the life and soul of the party, and a real connoisseur of fine food and drink. A dram described as “city born and bred”, The Epicurean is a blend of some of the finest Lowland Malts; a marriage of the best that the East and the West of Scotland have to offer.

The Epicurean Cask Strength Glasgow Edition – celebrates Douglas Laing's history in the city of Glasgow. A city that is celebrated not only for its landmarks (including the Riverside Museum and the Finnieston Crane that can be spotted on the packaging), but also for its restaurants and bars, and most often for its people; with this bottling being a justified homage to their roots. Why is there a traffic cone on your head, you may ask? Well, this quirk honours the Duke of Wellington statue which stands proudly in Royal Exchange Square, and is rarely spotted without his own traffic cone “hat” (such is the Glaswegian humour!).

In order to capture the spirit of Glasgow, Douglas Laing invited some of the city’s top bartenders to their city centre HQ to take part in a unique experience in which they nosed and tasted some of the finest Single Malts the Scottish Lowlands have to offer. Guided by Douglas Laing & Co CEO, Chris Leggat, the mixology masters had the chance to blend their own unique recipes. The resulting liquid was subsequently judged by Douglas Laing Chairman, Fred Laing, with the winning creation set to be bottled as the Cask Strength “Glasgow” Limited Edition.