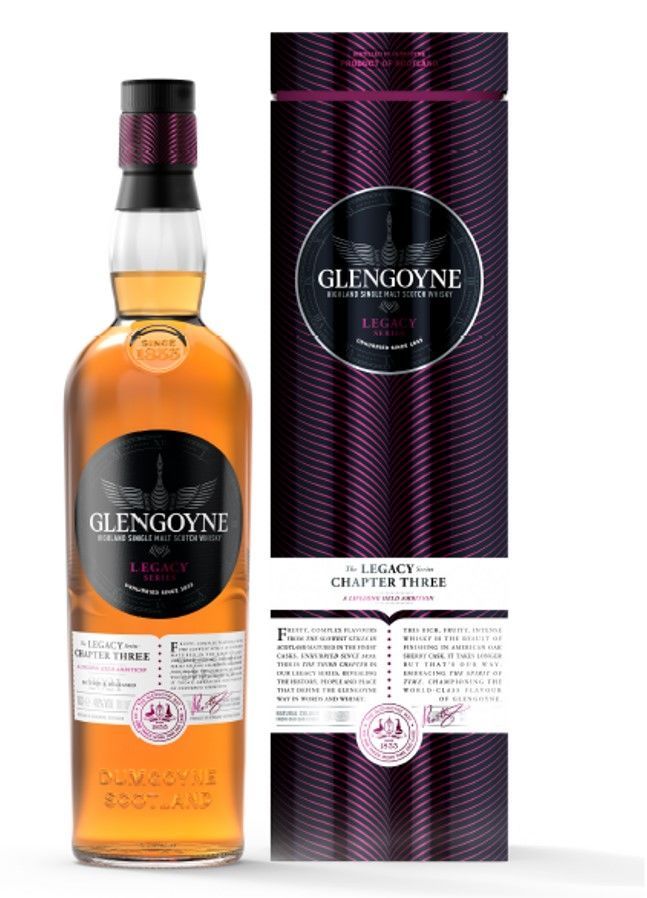 March 2nd 1908 – He was first witness at the Royal Commission on Whiskey and other potable spirits. A royal commission to determine the very concept of what whisky was.
On one side was the purists who only thought Pot Still whisky was whisky and on the other side Blenders who thought grain and malt whisky combined was whisky.
The Scots and the blenders won the day after 37 sittings; This was seen as the sensible outcome. Blends could still be called Whisky and called Scotch if distilled in Scotland.

Chapter Three  in the Legacy Series marries some of the very finest American oak sherry casks in the Glengoyne warehouses.